Breast cancer affects men too! What are his symptoms?

Not many people know that breast cancer in men is same cancer as in women. Of course, the frequency of its detection is much lower, and therefore men do not pay special attention to the initial symptoms and seek medical help late. Whereas with timely diagnosis and full treatment, breast cancer in men has a favorable prognosis. 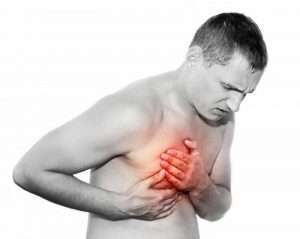 A cancerous process in a man’s body is the occurrence of a malfunction in the gene site, due to which a breast tumor is formed directly. The affected cells begin to divide uncontrollably and quickly, gradually spreading throughout the body. Later, in the absence of a therapeutic effect, cancer goes to neighboring, and even distant, parts of the man’s body.

At the initial stage of its occurrence, breast cancer in men does not manifest itself in any way. This is its main danger. After all, preventive medical examinations rarely include a thorough examination of a man’s mammary glands.

In general, the structure of the mammary gland in a man is very similar to that in women. This leads to a variety of forms of male breast cancer:

To make an accurate diagnosis – breast cancer in men, to determine its shape and stage, as well as to select the optimal treatment regimen for a highly qualified specialist. It is not recommended to delay the consultation at the slightest deviation in health.

Symptoms of the expanded stage

If a man prefers to ignore the early signs of cancer in his mammary glands, attributing them to other conditions that are not related to malignant tumors, then the disease is progressing steadily.

During the transition from the first stage to the second, cancer is manifested by the following characteristic symptoms, by which one can suspect its formation:

The aforementioned symptoms of breast cancer in men make it possible to make a diagnosis as soon as a man seeks medical help for the first time. However, it must be confirmed by laboratory and instrumental examinations.

In addition to a thorough history and physical examination – palpation, percussion, auscultation, the specialist prescribes laboratory and instrumental confirmation methods diagnosis of breast cancer in men.

To visualize – to determine the volume and prevalence of cancer, the involvement of neighboring tissues helps the ultrasound of the mammary glands. Chest X-ray – clarifies the presence of metastases.

However, to verify cancer – its shape and stage, it is possible to take biomaterial directly from the tumor. The biopsy is performed under ultrasound control, so the result is highly accurate. This article describes in more detail how to determine the stage of breast cancer.

The tactics of treating cancer of the male breast also resemble the methods used for tumors in women. Its main principles are complexity and timeliness. So, with an arch in iron, the following methods can be used:

Alternative methods of treating breast cancer in men do not completely get rid of the tumor. To fully recover, you need to follow all the doctor’s recommendations, adhere to the foundations of a healthy lifestyle, and vitamin therapy.

Breast cancer is not a death sentence for a man. You can overcome a tumor if you tune incorrectly and consult a doctor on time.

Previous ArticleMammary cancer. What is this disease?
Next ArticleIs chemotherapy effective for breast cancer?