Recently, breast cancer has been talked about very often, because it is one of the most common types of cancer among women. In fact, it also affects men, but much less frequently. But in the case of women, this is the second deadly disease. 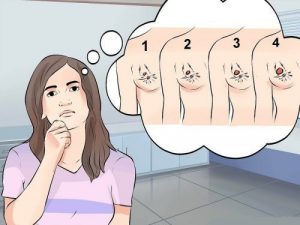 Breast cancer is a chronic condition that develops when the breast tissue begins to change and grow uncontrollably. These cells form clumps known as a tumor, which can be benign or malignant depending on how it develops.

If the cells grow further and can spread to other parts of the body, we are dealing with a malignant formation.

Breast cancer can develop in an invasive and non-invasive way. In the invasive form, it spreads to adjacent tissues, while non-invasive cancer develops only in the milk canals and lobules.

Since tumors form in the breast area, the following types of breast cancer can be distinguished

When talking about breast cancer, the diagnosis often sounds like “ductal carcinoma”, because this is the most common type.

It starts in the cells that cover the inside of the milk ducts. If cancer develops only in the strait, it is ductal carcinoma in situ (that is, “in situ”), but when it spreads outside the strait, we are dealing with invasive carcinoma of the strait.

Lobular carcinoma is a type of cancer that develops in the lobules of the breast.

In some cases – although they are rare compared to ductal and lobular carcinomas – medullary, mucoid, tubular, metaplastic, or papillary breast cancers can also develop. 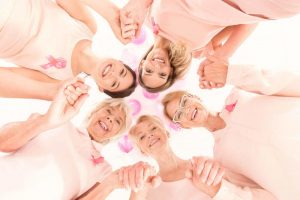 A large percentage of breast cancer results from gene mutations that occur after birth. Hereditary factors are less influential, but they can play a role when genetic changes are passed from generation to generation.

In addition to a family history of cancer, it is important to note that the risk of developing the disease increases after age 50. Especially if the family has had cases of ovarian cancer or late menopause.

Other risk factors include:

In most cases, breast cancer has no obvious symptoms in its early stages.

That is why it is important to regularly check your breasts at home and go to the doctor for check-ups. At slightly later stages, cancer may have the following symptoms:

In the case of breast cancer in men, chest pain and tenderness and lumps may also form.

Here are the symptoms of cancer when it has developed to a serious stage:

Breast cancer diagnosis begins with a routine doctor’s examination. Then both breasts, underarms, neck, and chest are checked.

Women should have their breasts checked monthly at home to identify possible abnormalities.

If there is any reason to suspect the disease or the patient is prone to cancer, doctors can run a series of tests to check the diagnosis.

Here are some of them.

Several factors are considered when choosing a breast cancer treatment, such as the type and stage of cancer, sensitivity to certain hormones, and possibly overproduction of a protein called HER2 / neu.

Here are some of the key treatments:

After receiving the treatment that is best for their case, some women take the medication for a while. In any case, all patients have to follow medical instructions regarding appropriate tests and tests to detect re-growth of malignant cells or other types of breast cancer.

Previous ArticleHow Soon Should Women Start Getting Breast Exams?
Next ArticleMammary cancer. What is this disease?