What is adenosis of the mammary glands?

Every fourth case of malignant tumors occurs in breast cancer. This disease claims thousands of lives every year. However, in many cases, its dire consequences can be prevented with timely diagnosis and competent treatment of diseases that are the precursors of cancers. Among the ailments that entail the degeneration of cells into a malignant tumor, mastopathy is distinguished. It affects both the ducts of the mammary glands and their lobules. Depending on the characteristics of the development and location of the affected areas, various types of mastopathy are distinguished.

One of them is breast adenosis. In 45-50 percent of cases, adenosis does not bring pain or discomfort to a woman. This significantly complicates the process of timely diagnosis of the disease. To avoid the development of breast cancer, regular self-examination, and a visit to a mammologist at least once every six months or a year are recommended. 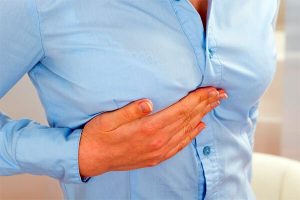 Excessive growth of tissues and cells in the human body, regardless of nature and causes, is called adenosis. Often, diseases of glandular structures and lymph nodes have a similar name. Adenosis of the mammary gland is a subspecies of mastopathy and has a fibrous form. This form of the disease develops against the background of the excessive proliferation of epithelial cells. The disease affects the lobules of the gland, leading to the development of swelling, congestion, and inflammation. In the structure of a benign tumor, glandular elements prevail. The most common ailment among:

Subsequent therapy of the disease is largely determined by its belonging to a particular species. There are several types of diseases, which differ in their manifestations. Allocate:

Breast adenoma occurs for reasons that are not surely established by modern medicine. It is known that the main factor leading to the development of the disease is the violation of the hormonal background in the woman’s body. This situation can be caused by the following reasons:

The mechanism of development of the disease

Adenosis of the mammary glands develops in connection with hormonal effects. The negative impact is exerted by:

Normally, all these hormones do not adversely affect a woman’s health. However, in the case of excessive proliferation of the receptor apparatus, the development of adenosis of the mammary gland occurs.

Adenoma of the mammary gland manifests itself as follows:

In most cases, symptoms are absent or very mild. 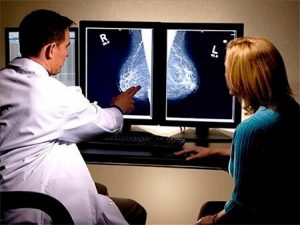 Adenoma of the mammary gland in many cases does not reveal itself. This is because the pain in half of the cases may be absent. To detect the disease and take measures for its treatment, the following types of research are used:

The most accurate results are obtained using a comprehensive survey. A mammologist will help you choose the exact diagnostic course.

The following treatment options are possible:

The disease causes discomfort to a woman and may become the first news of impending breast cancer. The disease develops without pronounced symptoms. To prevent it, all women, from a very young age, need to carefully monitor their health. However, it should be noted that adenosis rarely degenerates into a malignant tumor. In many cases, for example, during pregnancy, the disease goes away on its own.